1. Summary of the notifications

Pursuant to Article 14 of the law of 2 May 2007 on the disclosure of large shareholdings, UCB SA/NV announces that it has received 2 transparency notifications from BlackRock, Inc. (having its registered offices at 55 East 52nd Street, New York, NY, 10055, U.S.A.), dated 2 and 6 December 2016 respectively.

On 2 December 2016, BlackRock, Inc. (taking into account the holding of its affiliates) announced that it owned 5 820 942 UCB shares with voting rights, representing 2.99% of the total number of shares issued by the company. 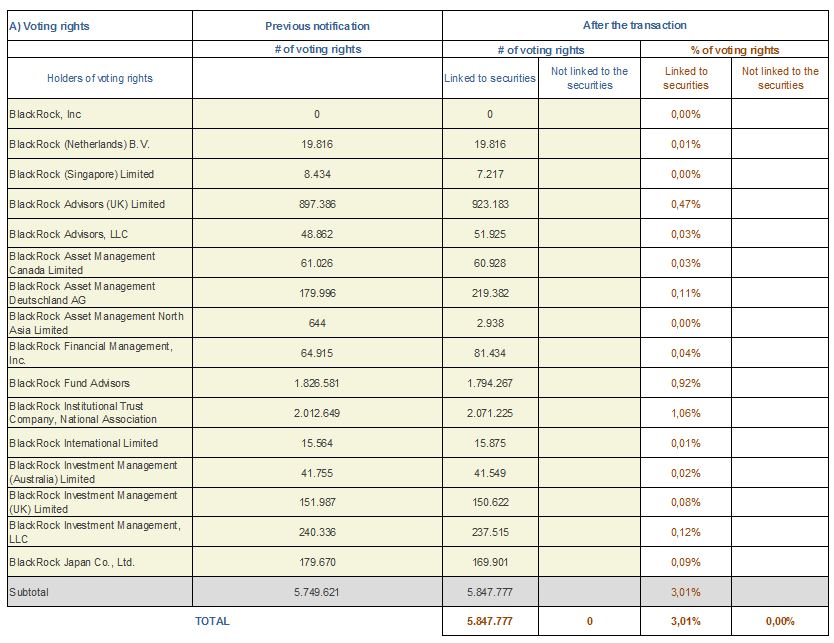 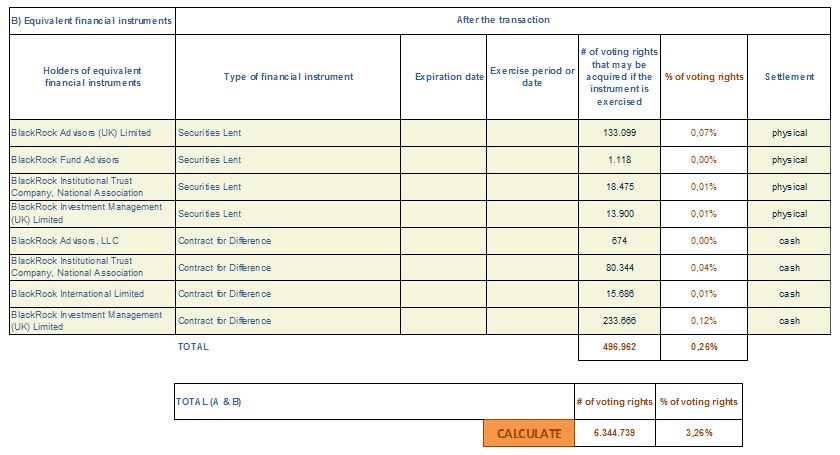 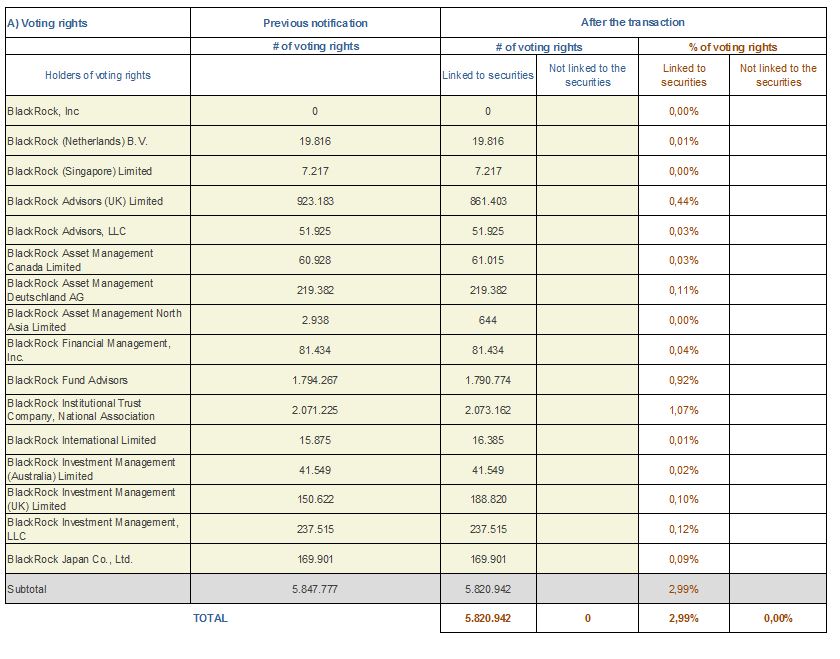 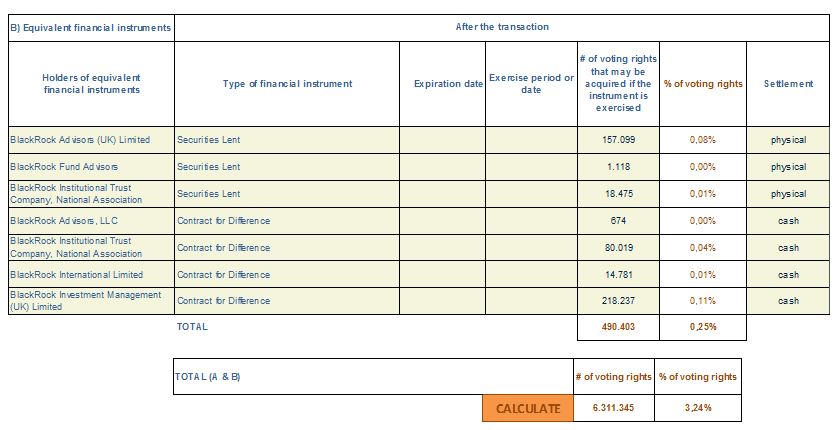 The information mentioned hereafter was identical in both notifications:

Please see the full chain of control in a PDF which is sent separately to this notification.

This press release and the detailed transparency notifications (including the chain of control) are available on UCB SA/NV’s website via the following link.