Brussels, October 11, 2012: The University of Oxford has named UCB’s Professor Ismail Kola, ‘Visiting Professor of Target Discovery’ at the Nuffield Department of Medicine (NDM). The role involves a contribution to both teaching and research over the next three years in the first instance, and adds to Professor Kola ‘s current responsibility as Executive Vice President at UCB and President of UCB NewMedicines™.

The announcement builds on an existing collaboration between UCB and The University of Oxford which began in March this year and will see an investment of £3.6 million into projects in the field of translational medicine. UCB has several hundred collaborative alliances, including multiple partnerships with European and U.S. academic groups.

Professor Kola, who holds a Ph.D. in Medicine from the University of Cape Town, began his career in academia before moving to Industry. He has previously held the role of Professor of Human Molecular Genetics, Monash University Medical School and holds Adjunct Professorships of Medicine at Washington University, St Louis, Missouri, USA, and Monash University Medical School, Melbourne, Australia and a Foreign Adjunct Professorship at The Karolinska Institute, Stockholm, Sweden. He is also a William Pitt Fellow at Pembroke College, Cambridge University, UK.

For the last three years, Professor Kola has driven UCB NewMedicines™ division which deploys a wide range of innovative and proprietary science and technologies in its search for breakthrough medicines.

Professor Ismail Kola, Executive Vice President, UCB & President, UCB NewMedicines™, said: “I’m honoured to be offered the chance to work with this world class institution and look forward to sharing my insight and experience from Industry and Academia,. It is vital for the scientific advances and the development of innovative new therapies and technologies that we continue to pool expertise and incentivize joint working across industry and academia.”

About UCB
UCB, Brussels, Belgium (www.ucb.com) is a global biopharmaceutical company focused on the discovery and development of innovative medicines and solutions to transform the lives of people living with severe diseases of the immune system or of the central nervous system. With more than 8,000 people in about 40 countries, the company generated revenue of EUR 3.2 billion in 2011. UCB is listed on Euronext Brussels (symbol: UCB). 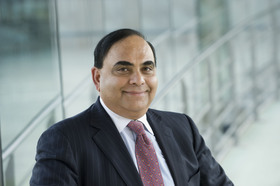