Results from the Phase 3 study in patients with early-stage Parkinson’s disease demonstrated that rotigotine transdermal patch significantly improved symptoms when compared to placebo. In addition, data from the Phase 3 study in advanced Parkinson’s disease showed that patients treated with rotigotine had a significantly greater decrease in their ‘off’ time, or periods of poor mobility, slowness and stiffness, compared to those patients taking placebo. The adverse event profile observed in these studies and in this Chinese population were consistent with that known for rotigotine.1

Based on the positive results UCB intends to submit a regulatory application in China in 2015 for Neupro® in the treatment of early- and advanced-stage Parkinson’s disease.

“Parkinson’s disease is a chronic and progressive neurological disease that can significantly impact patients’ lives. The positive results from the two Phase 3 studies in China evaluating Neupro® in Parkinson’s disease is a significant milestone to making Neupro® available to more patients and healthcare professionals worldwide. Subject to regulatory approval, we hope to deliver Neupro® in China as a new treatment option to patients with early- and advanced-stage Parkinson’s disease,” said Professor Dr. Iris Loew-Friedrich, Chief Medical Officer and Executive Vice President, UCB.

One of the two Phase 3 studies was a  multicenter, randomized, double-blind, parallel-group, placebo-controlled, 24-week study that evaluated the efficacy and safety of rotigotine (escalating weekly dose starting with daily doses of 2 mg/24 hours to 8 mg/24 hours) in 247 adult patients (30 years and older) with early-stage idiopathic Parkinson’s disease. The primary efficacy variable was the change in the sum of the score from the Activities of Daily Living scale and motor examination in the Unified Parkinson's Disease Rating Scale (UPDRS) from baseline to the end of the maintenance period.2,3

The second Phase 3 study was a multicenter, randomized, double-blind, parallel-group, placebo-controlled, 12-week study that evaluated the efficacy and safety of rotigotine (escalating weekly dose starting with daily doses of 4 mg/24 hours to 16 mg/24 hours) in 346 adult patients (30 years and older) with advanced-stage idiopathic Parkinson’s disease who were not well-controlled on levodopa. The primary efficacy variable was the change in absolute time spent "off" from baseline to the end of the double-blind maintenance period.4,5

Results from these studies will be presented at upcoming international congresses.
Today, Neupro®, a transdermal patch,  is currently available as a treatment for Parkinson’s disease in over 46 countries worldwide, including the US, the European Union and Japan.

Neupro® is currently not approved in China for the treatment of Parkinson’s disease.

About Parkinson’s Disease6
Parkinson's disease is a progressive and chronic neurological disease characterized by the physical motor symptoms of resting tremor, muscle rigidity and slowness of movement. Symptoms not related to movement (non-motor symptoms) can also occur and include pain, sleep disturbances and depression.  It is estimated that 6.3 million people are living with Parkinson’s disease worldwide. The age of onset is usually over 60 years. Although it is estimated that 1 in 10 people are diagnosed before the age of 50.

About Neupro® in the EU and EEA (rotigotine)1

Neupro® (rotigotine) is approved in the European Union for the treatment of the signs and symptoms of early-stage idiopathic Parkinson’s disease, as monotherapy (i.e. without levodopa) or in combination with levodopa, i.e. over the course of the disease, through to late stages when the effect of levodopa wears off or becomes inconsistent and fluctuations of the therapeutic effect occur (end of dose or on-off fluctuations). Neupro® is also approved in the European Union for the symptomatic treatment of moderate to severe idiopathic Restless Legs Syndrome in adults.

Important Safety Information about Neupro® in the EU and EEA1

Neupro® (rotigotine) is approved in the European Union for the treatment of the signs and symptoms of early-stage idiopathic Parkinson’s disease, as monotherapy (i.e. without levodopa) or in combination with levodopa, i.e. over the course of the disease, through to late stages when the effect of levodopa wears off or becomes inconsistent and fluctuations of the therapeutic effect occur (end of dose or on-off fluctuations).

Neupro® is also approved in the European Union for the symptomatic treatment of moderate to severe idiopathic Restless Legs Syndrome in adults.

Neupro® in the European Union Important Safety Information
Neupro® is contraindicated in case of hypersensitivity to the active substance or to any of its excipients, and in case of magnetic resonance imaging (MRI) or cardioversion. Neupro® should be removed if the patient has to undergo MRI or cardioversion to avoid skin burns.

It is recommended to monitor blood pressure, especially at the beginning of treatment, due to the risk of
postural/orthostatic hypotension associated with dopaminergic therapy and reported during Neupro® treatment. Neupro® has been associated with somnolence and episodes of sudden sleep onset. Patients treated with dopamine agonists, including Neupro®, have been reported to exhibit behavourial symptoms of impulse control disorders such as hypersexuality, compulsive spending or buying, increased libido, pathological gambling, binge eating and compulsive eating. Symptoms suggestive of neuroleptic malignant syndrome have been reported with abrupt withdrawal of dopaminergic therapy. Therefore it is recommended to taper treatment.

Patients should be informed that manifestations of abnormal thinking and behaviour such as paranoid ideation, delusions, hallucinations, confusion, psychotic-like behaviour, disorientation, aggressive behaviour, agitation and delirium can occur. Cases of cardiopulmonary fibrotic complications have been reported in some patients treated with ergot-derived dopaminergic agents. Neuroleptics given as antiemetic should not be given to patients taking dopamine agonists. Ophthalmologic monitoring is recommended at regular intervals or if vision abnormalities occur.

Exposure of a skin rash or irritation to direct sunlight could lead to changes in the skin colour. Application site reactions lasting more than a few days, spreading outside the area of the patch, or that increase in severity should lead to risk/benefit balance re-assessment. If a generalised skin reaction (eg, allergic rash) associated with the use of Neupro® is observed, Neupro® should be discontinued. Caution is advised when treating patients with severe hepatic impairment or acute worsening of renal function, a dose reduction might be needed.

In Parkinson's disease, the incidence of some dopaminergic adverse events, such as hallucinations, dyskinesia, and peripheral oedema generally is higher when given in combination with L-dopa. This should be considered when prescribing Neupro®.

In restless legs syndrome, augmentation may occur. Augmentation refers to the earlier onset of symptoms in the evening (or even the afternoon), increase in severity of symptoms, and spread of symptoms to involve other body parts.

At the beginning of therapy, dopaminergic adverse reactions, such as nausea and vomiting, may occur. These are usually mild or moderate in intensity and transient, even if treatment is continued.

Please refer to the European Summary of Product Characteristics for full prescribing information
http://www.ema.europa.eu/ema/  (Date of the EU Commission decision of the EU Product Information: 19 November 2014)

About UCB
UCB, Brussels, Belgium (www.ucb.com) is a global biopharmaceutical company focused on the discovery and development of innovative medicines and solutions to transform the lives of people living with severe diseases of the immune system or of the central nervous system. With more than 8500 people in approximately 40 countries, the company generated revenue of € 3.4 billion in 2013. UCB is listed on Euronext Brussels (symbol: UCB). Follow us on Twitter: @UCB_news

Forward looking statements
This press release contains forward-looking statements based on current plans, estimates and beliefs of management. All statements, other than statements of historical fact, are statements that could be deemed forward-looking statements, including estimates of revenues, operating margins, capital expenditures, cash, other financial information, expected legal, political, regulatory or clinical results and other such estimates and results. By their nature, such forward-looking statements are not guarantees of future performance and are subject to risks, uncertainties and assumptions which could cause actual results to differ materially from those that may be implied by such forward-looking statements contained in this press release. Important factors that could result in such differences include: changes in general economic, business and competitive conditions, the inability to obtain necessary regulatory approvals or to obtain them on acceptable terms, costs associated with research and development, changes in the prospects for products in the pipeline or under development by UCB, effects of future judicial decisions or governmental investigations, product liability claims, challenges to patent protection for products or product candidates, changes in laws or regulations, exchange rate fluctuations,  changes or uncertainties in tax laws or the administration of such laws and hiring and retention of its employees.  UCB is providing this information as of the date of this press release and expressly disclaims any duty to update any information contained in this press release, either to confirm the actual results or to report a change in its expectations.
There is no guarantee that new product candidates in the pipeline will progress to product approval or that new indications for existing products will be developed and approved. Products or potential products which are the subject of partnerships, joint ventures or licensing collaborations may be subject to differences between the partners. Also, UCB or others could discover safety, side effects or manufacturing problems with its products after they are marketed.
Moreover, sales may be impacted by international and domestic trends toward managed care and health care cost containment and the reimbursement policies imposed by third-party payers as well as legislation affecting biopharmaceutical pricing and reimbursement. 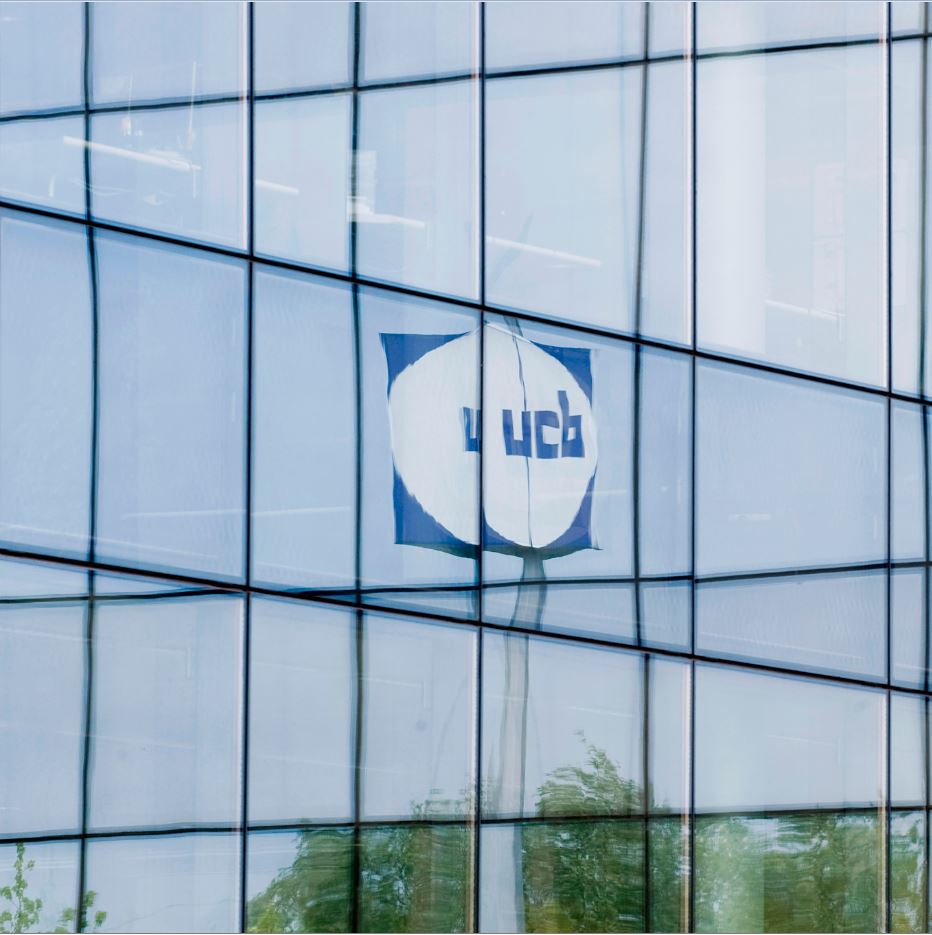