"With the growth of UCB core medicines, Cimzia®, Vimpat® and Neupro® as well as in emerging markets accelerating during in the second quarter, UCB is on track for growth. This momentum combined with a particularly rich late-stage pipeline and dynamic discovery research provides UCB a unique platform to deliver sustainable value to patients, and hence to shareholders," said Roch Doliveux, CEO of UCB.

Financial performance in HY 2013
Revenue in the first six months of 2013 was down 3% to EUR 1 657 million (down 1% at constant exchange rates). Net sales amounted to EUR 1 466 million or 4% lower than in the first six months of 2012 (down 2% at constant exchange rates) due to generic competition to Keppra® (levetiracetam) and other mature products, mostly offset by strong performance of the core medicines Cimzia® (certolizumab pegol), Vimpat® (lacosamide) and Neupro® (rotigotine). When adjusted for product divestitures net sales were down 2%.

Cimzia® for rheumatoid arthritis (RA) and Crohn’s disease (CD) increased net sales to EUR 272 million (+30%; +33% at constant exchange rates), growing 33% in Europe, and 20% in the U.S. In Japan, Cimzia® was launched in March 2013 and reported net sales of EUR 8 million, while net sales in the emerging and other markets were EUR 3 and 9 million respectively. Net sales of the anti-epileptic medicine Vimpat® (lacosamide) increased to EUR 185 million (+23%; 25% at constant rates), growing 26% in the U.S. and 15% in Europe. Neupro® (rotigotine), the patch for Parkinson’s disease (PD) and restless legs syndrome (RLS) increased net sales by 48% to EUR 80 million (+48% at constant exchange rates). Neupro® was launched in the U.S. during the second half of 2012 and reported net sales of EUR 16 million in the first half of 2013, while growth in Europe, where Neupro® is available to patients since 2006, continued with +14%. In Japan, Neupro® was launched in February 2013 by UCB’s partner Otsuka and recorded net sales of EUR 2 million.

The anti-epileptic medicine Keppra® (levetiracetam) reached net sales of EUR 361 million, down 19% over last year (-17% at constant rates). The continued post-exclusivity expiry erosion in Europe (-35%) and the stable situation in North America was partly compensated for by strong growth in the emerging markets (BRICMT ; +39%).

Royalty income & fees remained grew slightly to EUR 85 million (+2%). Other revenue in the first six months of 2013 increased to EUR 106 million (+11%) due to the milestone payments received upon the launch of Cimzia® and Neupro® in Japan and the upfront payment from R-Pharm for licensing olokizumab.

As a result, underlying profitability - recurring EBITDA - is 12% lower than in the same period of last year, reaching EUR 319 million, reflecting higher research & development expenses as well as the generic erosion of Keppra® and other products.

Total non-recurring expenses amounted to EUR 19 million, up from EUR 14 million in 2012. The main components were restructuring expenses and impairment charges.

Net financial expenses were EUR 69 million (-9%) while 2012 was impacted by one-off-effects. Income tax expenses increased to EUR 22 million from EUR 16 million in 2012 (restated). Previously recognized R&D tax credits in the income tax expenses (EUR 14 million) have now been reallocated as R&D operational expenses. The average tax rate on recurring activities for the first six months of 2013 was 20% versus 19% in the same period last year.

Net profit amounted to EUR 87 million versus EUR 137 million in the first half 2012. Core earnings per share, which reflect the after tax effects of non-recurring items, financial one-offs and amortization of intangibles, reached EUR 0.90 based on 181.9 million weighted average shares outstanding in June 2013 from EUR 1.09 based on 179.1 million shares in June 2012.

Outlook 2013
UCB expects its financial results in 2013 to be driven by the continued growth of Cimzia®, Vimpat®, Neupro® and emerging markets, partially offset by post-exclusivity erosion for Keppra®. Revenue 2013 is anticipated at approximately EUR 3.4 billion. Recurring EBITDA is expected between approximately EUR 680-710 million. Core earnings per share are expected in the corresponding range of EUR 1.90 – 2.05 based on 179.3 million shares outstanding.

Supplement to the base prospectus
A supplement to the base prospectus relating to the Euro Medium Term Note Program (EMTN) established by UCB and UCB Lux S.A. has been approved by the Financial Services and Markets Authority in Belgium (FSMA) on 30 July 2013 and is available on the website of UCB: http://www.ucb.com/investors/Financials/Bonds/EMTN.

In June 2013, UCB received abbreviated new drug applications (ANDAs), which have recently been filed by generic companies for Vimpat®. UCB has filed suit against the ANDA applicants.

The phase 3 program for brivaracetam as adjunctive therapy for the treatment of partial onset seizures in adults with epilepsy is on track.

UCB licensed worldwide rights to tozadenant in Parkinson’s disease from Biotie Therapies. Tozadenant (SYN115), a selective inhibitor of the adenosine 2a receptor.

R&D update immunology
UCB has two new regulatory filings with the FDA and the European Medicines Agency (EMA) to extend the marketing authorization for Cimzia® (certolizumab pegol) for the treatment of adult patients with active psoriatic arthritis (PsA) and for adult patients with active axial spondyloarthritis (axSpA). These regulatory filings are now under review by both agencies.

The FDA’s Arthritis Advisory Committee met in July to discuss UCB’s supplemental biologics application (sBLA) for Cimzia® for the proposed indication of treatment of adults with active axial spondyloarthritis (axSpA), including patients with ankylosing spondylitis (AS). The Committee voted seven to six, with one abstention, to recommend approval of Cimzia® for the proposed indication. The FDA is not bound by the Committee’s guidance, but the Agency may consider the Committee’s recommendations as it completes its review.

The Phase 3 program for epratuzumab will continue to enroll patients with systemic lupus erythematosus (SLE) throughout calendar year 2013. The slower than anticipated enrollment is due to the heterogeneous nature of SLE and the complex aspects of the diagnostic instruments. First results are now expected in Q1 2015.

For CDP7657, a CD40 ligand antibody under development in partnership with Biogen Idec, UCB started a phase 1b study in SLE. First results are expected in H2 2014.

The other clinical development projects in immunology for Cimzia® as well as the phase 3 program romosozumab in post-menopausal osteoporosis (PMO) and UCB4940 in phase 1 are advancing.

1 Except for the net financial debt, where 2012 relates to the situation as published in the audited consolidated financial statements as at 31 December 2012.

2 Revised for R&D tax credits previously recorded as income tax expenses are reclassed to R&D expenses. "The statutory auditor has issued an unqualified review report dated 30 July 2013 on the company’s condensed consolidated interim financial statements as of and for

the six month period ended 30 June 2013, and has confirmed that the accounting data reported in the press release is consistent, in all material respects, with the accounts from which it has been derived."

About UCB
UCB, Brussels, Belgium (www.ucb.com) is a global biopharmaceutical company focused on the discovery and development of innovative medicines and solutions to transform the lives of people living with severe diseases of the immune system or of the central nervous system. With 9000 people in approximately 40 countries, the company generated revenue of EUR 3.4 billion in 2012. UCB is listed on Euronext Brussels (symbol: UCB). 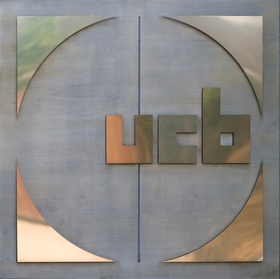