Inspired by epilepsy advocates – and the generosity of colleagues

Posted by
Ian Common, Patient Value Unit - Neurology
06-Jun-2017
Earlier this year I had the pleasure of walking along the Great Wall of China as part of the Trek for Epilepsy, a fundraising campaign run by the Epilepsy Foundation of Australia. 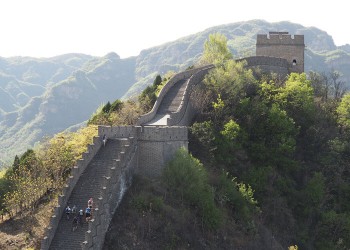 The patient value created by the Epilepsy Foundation in Australia chimes with UCB’s commitment to meet the needs of people affected by epilepsy. That is why I was so keen to sign up for the Trek after being invited by Graeme Shears, CEO, Epilepsy Foundation of Australia.

Standing on top of the Wall, which is situated a couple hours north of Beijing and stretches for thousands of miles, is a breath-taking experience. However, the real thrill was in joining a team of dedicated patient advocates to raise much-needed funding for people affected by epilepsy.

I was genuinely overwhelmed by the generosity, support and financial contribution of UCB colleagues, friends and family. It was an honour and a privilege to spend time with some truly inspirational people whose lives have been touched by epilepsy.