1. Summary of the notifications

Pursuant to Article 14 of the law of 2 May 2007 on the disclosure of large shareholdings, UCB SA/NV announces that it has received 2 transparency notifications dated 27 and 30 January 2017 respectively, from BlackRock, Inc. (having its registered offices at 55 East 52nd Street, New York, NY, 10055, U.S.A.).

On 27 January 2017, BlackRock, Inc. (taking into account the holding of its affiliates) owned 5 744 828 UCB shares with voting rights, representing 2.95% of the total number of shares issued by the company. 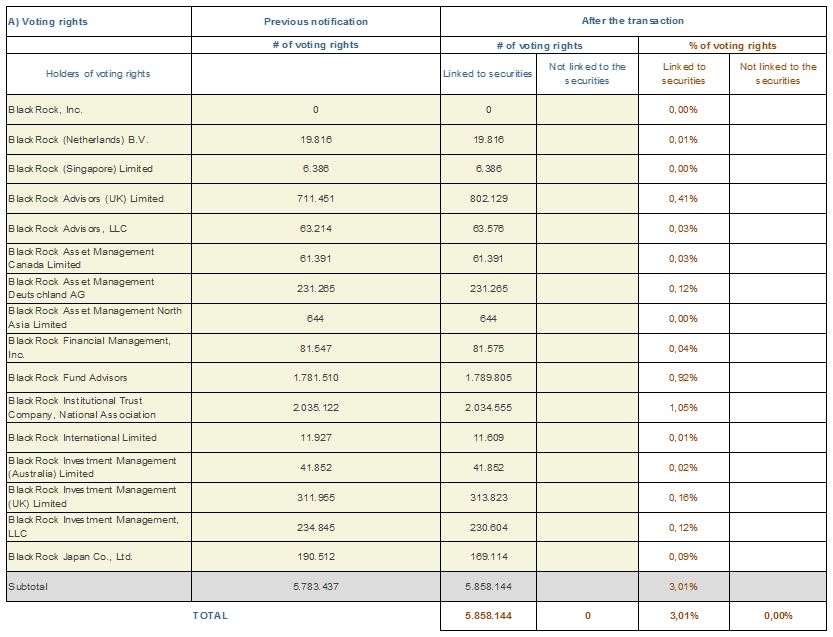 The disclosure obligation arose due to voting rights for BlackRock, Inc. going above 3%. 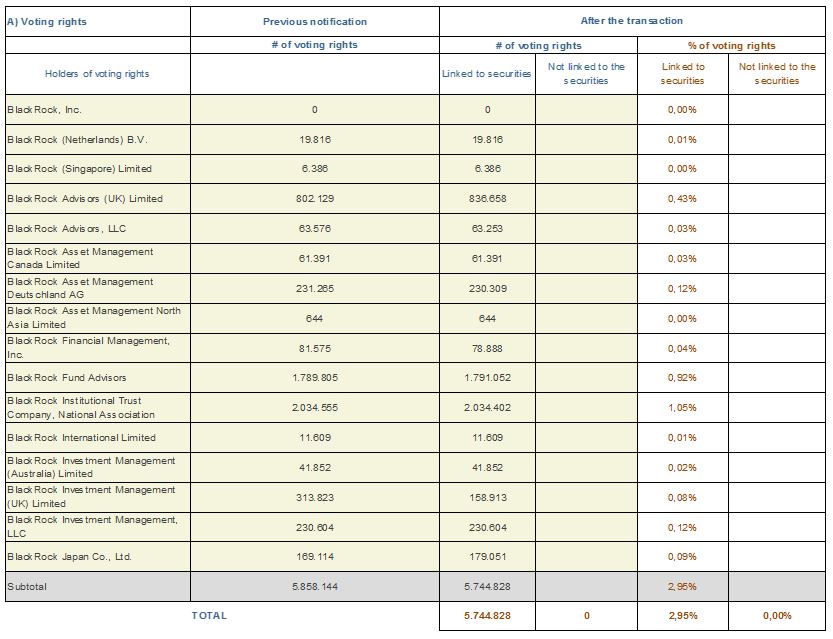 The disclosure obligation arose due to voting rights for BlackRock, Inc. going below 3%.

The information mentioned hereafter was identical in both notifications:

Please see the full chain of control in the PDF which is attached to the notifications.

This press release and the detailed transparency notifications are available on UCB SA/NV’s website via the following link.