For the attention of accredited medical writers only

• Rotigotine was associated with a low long-term 5-year incidence of augmentation, one of the main complications of dopaminergic treatment for RLS patients

The study, presented at the 63rd Annual Meeting of the American Academy of Neurology (AAN) Hawaii, U.S., also reported that the frequency of newly diagnosed augmentation decreased over time, but that the new cases of augmentation were more likely to be clinically significant after the first year.1

Augmentation is a recognised complication of dopaminergic treatment of RLS. Augmentation is characterized by an earlier onset of symptoms, an extension of symptoms to other body parts, an increased symptom intensity and/or shorter duration of relief from treatment. To date, no data were available on the long term use of the dopamine agonist therapeutic class for the treatment of moderate to severe RLS patients.

“In this, the longest prospective RLS study to date, rotigotine was associated with a low 5-year incidence of clinically significant augmentation, with the occurrence of new cases decreasing over time.” commented Dr Diego Garcia-Borreguero, lead investigator and Director of the Sleep Research Institute, Madrid, Spain. “These study findings support rotigotine as a long-term treatment option and improve our understanding of the clinical relevance of augmentation and its progressive course in studies greater than one year.”

This study was a 5-year, prospective, open-label follow up of a placebo-controlled Phase II trial with rotigotine. Patients were titrated to an optimal dose of rotigotine (0.5-4.0 Ŧ mg/24h) and periodically evaluated for safety and efficacy. Of the 295 patients in the study, 126 completed the 5-year follow-up.1

Ŧ Neupro® (rotigotine) 0.5 mg/24h and 4mg/24h dose are not approved doses in the European Union for the symptomatic treatment of moderate to severe idiopathic Restless Legs Syndrome in adults.

Notes to Editors
About Restless Legs Syndrome2,3
Restless Legs Syndrome (RLS) is a neurological disorder characterized by unpleasant sensations in the legs and an uncontrollable urge to move when at rest in order to relieve these feelings. It effects between 3 and 10% of the population to some extent. Most people with RLS have difficulty falling asleep and staying asleep. Left untreated the condition causes exhaustion and daytime fatigue. Many people with RLS report that their job, personal relations and activities of daily living are strongly affected as a result of their exhaustion. They are often unable to concentrate, have impaired memory, or fail to accomplish daily tasks. Most than 80% of people with RLS also experience a more common condition known as periodic limb movement disorder (PLMD).

About Neupro® in Europe4
Neupro® is approved in the European Union for the symptomatic treatment of moderate to severe idiopathic restless legs syndrome in adults. Neupro® (rotigotine) is also approved in the European Union for the treatment of the signs and symptoms of early-stage idiopathic Parkinson’s disease, as monotherapy (i.e. without levodopa) or in combination with levodopa, i.e. over the course of the disease, through to late stages when the effect of levodopa wears off or becomes inconsistent and fluctuations of the therapeutic effect occurs.

Neupro® in Europe Important Safety Information
Neupro® is contraindicated in case of hypersensitivity to the active substance or to any of its excipients, and in case of magnetic resonance imaging (MRI) or cardioversion. Neupro® should be removed if the patient has to undergo MRI or cardioversion.

About Neupro® in the U.S.
Neupro® (Rotigotine Transdermal System) is indicated in the U.S. for the treatment of the signs and symptoms of early-stage idiopathic Parkinson’s disease.
In April 2008, UCB recalled Neupro® from the U.S. market after ongoing monitoring revealed that specific batches of Neupro® had deviated from their approved specification. Neupro® is currently not available in the U.S. UCB is working with the U.S. FDA so that Neupro® can be available to patients with early-stage Parkinson’s disease as soon as possible. 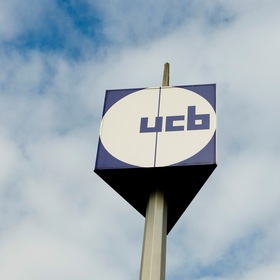