Maria José had symptoms of RLS, even as a child, but her symptoms became much worse during her first two pregnancies:

“ During my third pregnancy, my condition was at its height. The more I tried to control the inconvenient desire to move my legs, the worse the discomfort seemed to get. The only way to find any relief was to get up and move about for a while. I sometimes took cold showers at night in attempts to stop the sensations that pulsed through my legs. I had no idea what was happening to me and didn’t know what to do.”

Maria José’s sister and father both have experienced symptoms of RLS, and the condition is known to run in families, so there is possibly a genetic link:

“ I hoped that I did not have RLS. I believed that if I refused to accept that I had such a disease, I wouldn’t really have it. Little did I realize, I was deep in denial.”

There is no simple test for RLS. It is usually diagnosed from a description of the symptoms, especially if these are worse at night or at rest. But many people with RLS report long delays in getting a diagnosis, especially if they have trouble describing their symptoms, like Maria José:

“ It was difficult for me to explain my condition to a doctor. I could not even explain what I was feeling to myself. That fact alone made it difficult for the doctor to understand what was happening to me. Yet, I tried my best as I consulted my general practitioner, two traumatologists, and three neurologists.”

Maria José has had the same neurologist for three years and is convinced that being able to talk to her doctor about her RLS is playing an important part in her continuing ability to manage her symptoms:

“ I believe that sitting down with my doctor and patiently working things out has been so important in the treatment of my RLS. In my case, the adaptation process was slow, but now I manage to live as full a life as possible.
By communicating openly with my doctor I found the right treatment for me, which has made a world of difference. The patient-doctor relationship is the key to the best health outcomes and, because of my relationship with my doctor, I know that all is not lost with a diagnosis of RLS.”

Maria José was wary of inconveniencing her family when she was first diagnosed, but she is now convinced of the need to share her experiences:

“ I’ve shared my struggles and details about my treatment with my children, now I’m older, and I believe that talking with others about my disease gives me the support I need.” 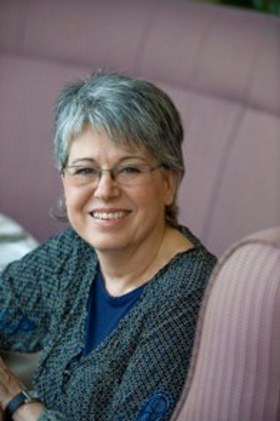