• Patients who achieved a clinical response at week 12 had a much greater probability of achieving a low disease activity state and had less radiographic progression at one year compared to non responders at week 121
• Within the group of week-12 responders, the majority had achieved a clinical response by week 6 and these patients had better long-term improvements in both clinical and patient-reported outcome measures compared to later responders1

BRUSSELS, BELGIUM, 3rd May, 13:00 (CET) – UCB announced today results from a post hoc analysis of the RAPID 1 study published in the Journal of Rheumatology. The results suggest moderate to severe rheumatoid arthritis (RA) patients treated with Cimzia® (certolizumab pegol), the only approved PEGylated anti-TNF, together with methotrexate (MTX), achieved a rapid response associated with improved long-term outcomes one year after treatment began.1

“These results are consistent with a growing body of clinical evidence that suggest a potential for healthcare professionals to predict clinical success as early as week 12 when treating rheumatoid arthritis patients with certolizumab pegol,” said lead investigator Edward Keystone, M.D., The Rebecca MacDonald Center for Arthritis, Mount Sinai Hospital, The University of Toronto. “The data supports the importance of monitoring for a rapid response, in line with recently published EULAR recommendations, and the need to consider treatment adjustments in those patients who have not achieved a clinical response at 12 weeks regardless of their treatment.”

Rapid response rates following treatment with certolizumab pegol were achieved across various clinical response measures, including good/moderate EULAR response rates at weeks 6 and 12 (67.4% and 77.6% respectively versus 27.0% and 29.1% for placebo) based on this post hoc analysis. Similarly, ACR20 rates were 51.3% and 63.8% in patients treated with certolizumab pegol versus 18.2% and 18.3% for placebo at week 6 and 12 respectively.1

The data published were from the RAPID 1 study1 - a Phase III double-blind placebo-controlled trial. The trial was designed to establish the efficacy and tolerability of certolizumab pegol together with MTX, in the treatment of moderate to severely active RA in patients who did not adequately respond to conventional treatment. The co-primary end points were ACR20 score at week 24 and change in mTSS (modified Total Sharp Score) at week 52. The post hoc analysis focused on patients who received MTX and either 200mg subcutaneously or placebo every 2 weeks for 52 weeks accounting for 393 patients in the ITT population (30 patients were excluded due to nonimputable data).1

Patients participating in the trial all met the ACR classification for RA, and had active disease at screening and an inadequate response to MTX treatment (≥ 6 months with a stable dose of ≥ 10 mg weekly for ≥ 2 months prior to baseline).1

For the purpose of this post hoc analysis, patients were classified as responders or non-responders based on DAS 28 > 1.2 and ACR20 response at week 6 and 12 respectively. Low disease activity was defined as DAS28 ≤ 3.2. Remission was defined as DAS28 ≤ 2.6. Improvement in disease activity, as measured by DAS28, was classified according to the EULAR response criteria.1

About UCB
UCB, Brussels, Belgium (www.ucb.com) is a biopharmaceutical company dedicated to the research, development and commercialization of innovative medicines with a focus on the fields of central nervous system and immunology disorders. Employing more than 8500 people in over 40 countries, UCB produced revenue of EUR 3.2 billion in 2010. UCB is listed on Euronext Brussels (symbol: UCB). 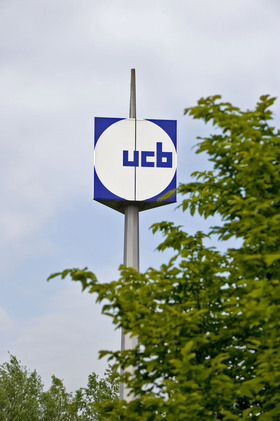