Living with epilepsy since 1989 - Epilepsy Advocate

Jerome has never liked classrooms. In his youth, he would often stare out his school window, wishing he could escape to run or swim outside. But, for as much as Jerome disliked the confinement of his classroom, he never expected the feeling of helplessness he felt during his seizures.

Jerome experienced his first two seizures in a classroom and his third, more serious seizure, on the way to swim practice. He was transported to a hospital and confined for six weeks before being diagnosed with epilepsy. His doctor warned him of the consequences of too much exercise, but Jerome was determined to prevent his epilepsy from defining his life.

With the support of his family, Jerome began medication and his seizures became less frequent. He has since completed several triathlons and he has been seizure-free since 2003. Jerome now has a driver’s license and works as a physical therapist. He continues to live a very athletic lifestyle.

As a member of the UCB Epilepsy Advocate program, Jerome shares his personal experiences to build further awareness and understanding on living well with epilepsy. 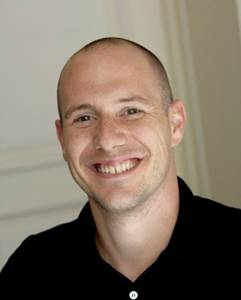